Risks at a glance:

About the disease:
The early symptoms of whooping cough include runny nose, fever, occasional cough and apnea – a pause in breathing (in babies). As the disease progresses symptoms include fits of uncontrollable coughing followed by a high-pitched “whoop”, vomiting during or after coughing fits, and exhaustion from all the coughing which often continues throughout the night. The coughing lasts for around 3 months.

How it is spread:
Whooping cough is a very contagious disease. It spreads by coughing or sneezing or when spending a lot of time near one another where you share breathing space. Many babies who get pertussis are infected by older siblings, parents, or caregivers who might not even know they have the disease.

Treatment:
There is no cure for whooping cough. Antibiotics may be prescribed to reduce the chance of spread but they can’t stop the course of whooping cough which usually lasts about three months. Supportive care with oxygen in hospital is often needed and some people (especially babies) need to be looked after in an intensive care unit in a hospital.

Impact of whooping cough:
Whooping cough is one of the leading causes of vaccine preventable deaths throughout the world. It is more common in countries and areas with low vaccination rates. The most recent data available shows 24·1 million cases of whooping cough, and 160,700 deaths worldwide in children younger than 5 years in 2014.

Prevention:
Whooping cough vaccines are the most effective tool to prevent this disease, but no vaccine is 100% effective. When whooping cough circulates in the community, there is a chance that a fully vaccinated person, of any age, can catch this disease however, the infection is usually not as bad. Most importantly, babies can be protected by pregnant mums having the vaccine during pregnancy at the time suggested by their health care provider. Watch the story of Cormit Avatal who refused the vaccine during pregnancy and regreted her decision when her newborn baby was hospitalised with whooping cough. 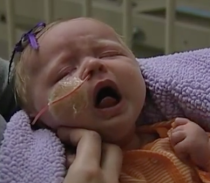 This video shows what whooping cough is like for a baby.

Greg and Catherine Hughes’ baby son Riley died from whooping cough, a vaccine-preventable disease in 2015, at just four weeks of age. You can watch their story here.

David and Toni McCaffery lost their four-week old daughter Dana to whooping cough, a vaccine- preventable disease in 2009. They lived in an area that had low immunisation rates. You can watch their story here. 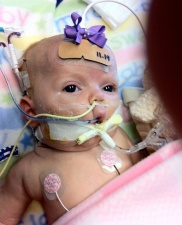